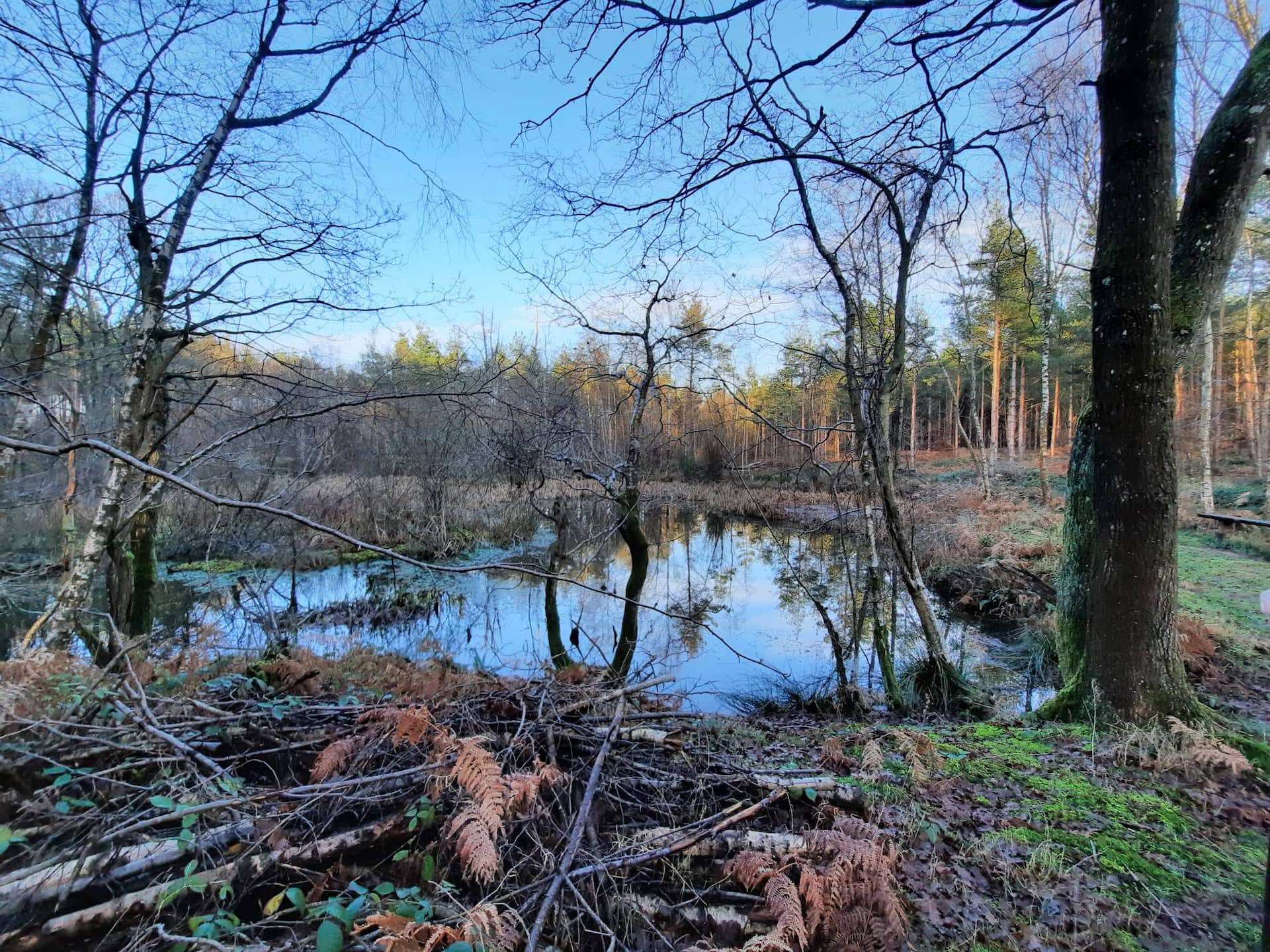 Flooding was very much in the news over the winter months. Fortunately, we have not been badly affected in Laughton and the surrounding district but we need to be prepared for the possibility of flooding in the future.

The Sussex Flow Initiative (SFI) is a county-wide organisation composed of the Environment Agency, the Woodland Trust and Sussex Wildlife Trust. SFI have been promoting the installation of ‘leaky’ dams to mitigate flooding. The dams are often built in woodland and the aim is to hold back rainwater in times of heavy downpours and allow the water to drain into the ground or flow slowly away into the rivers, thus preventing flash flooding further downstream.

On Sunday 15th March 2020, a group of volunteers became beavers for the day and built leaky dams in Laughton Greenwood.

Before work commenced the dozen or so people were given a talk by Sam Buckland from the Sussex Wildlife Trust about the value of leaky dams. Not only do they hold back the rainwater but they also provide a reservoir of water for later in the year when water is scarce. This, in turn, increases the biodiversity of the site.

After a quick lunch, the volunteers split up into three teams and set to work. A good time was had by all!

It is hoped that the work done today will benefit the residents living downstream on the Cuckmere River. The water from Upper Vert Wood flows South East under the A22, through numerous waterways and into the Cuckmere.

Another working day will be spent later in the year elsewhere in the woodland, achieving the same for the Ouse catchment area. 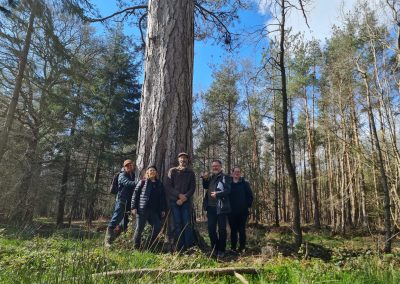 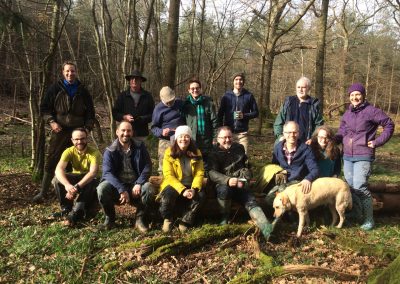 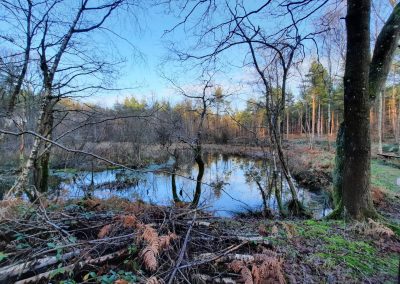